It is important to be aware of how to prevent paper Wasp in your everyday life. Pests need food, water, and shelter. Often, the problem may be solved just by removing these key items. We at Servitix have the experience and expertise to keep your family free from pests using safe and efficacious methodologies. 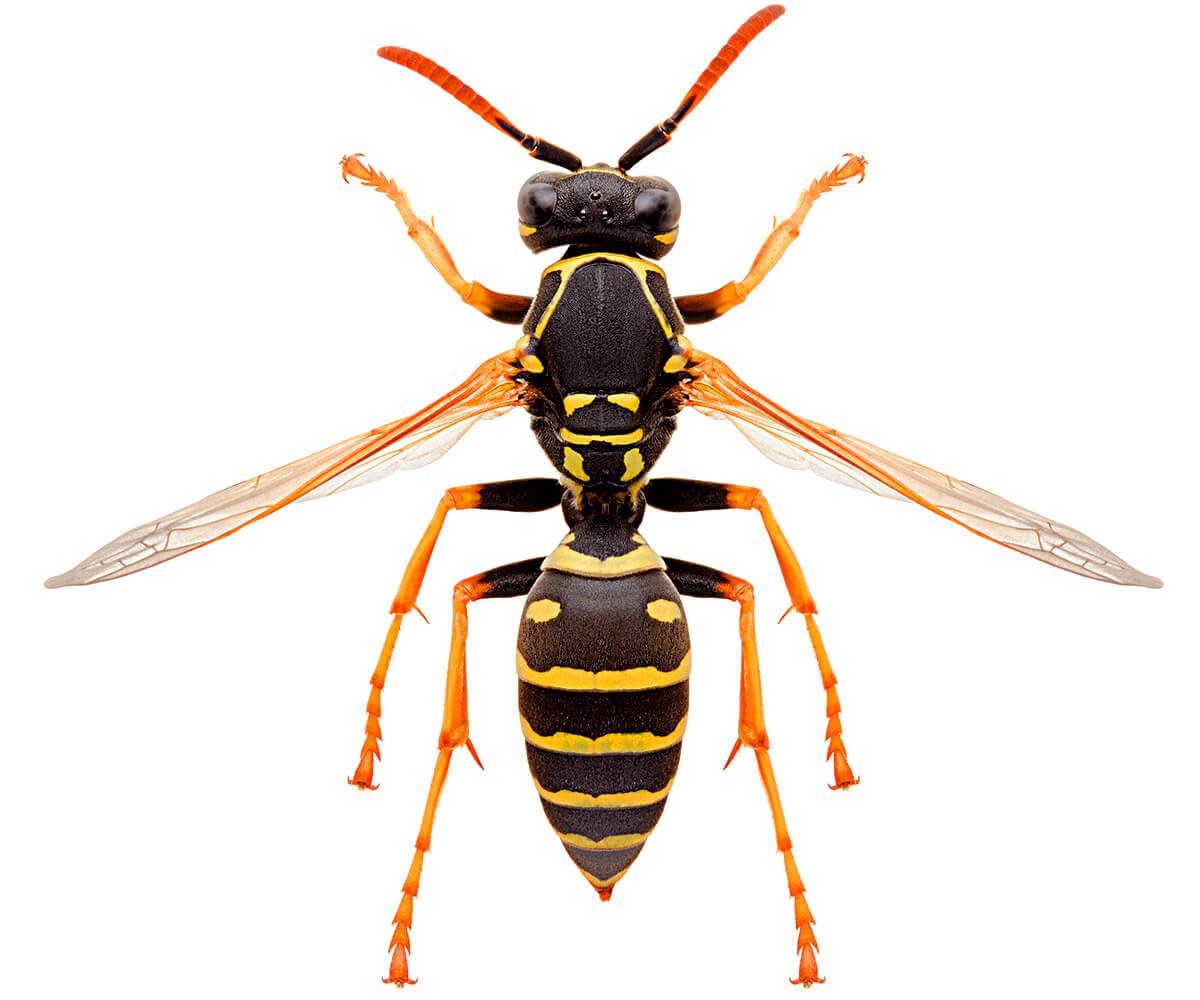 Body coloration varies with species: Smoky black wings, brown with yellow markings on the head, thorax and bands on the abdomen or all reddish-brown.

Nests are constructed in protected area, under eaves of structures, in hollowed out holes, or when voids can be accessed through a small entrance. Nests have been reported from exterior lighting fixtures, animal skulls, parking meters, bird boxes, gas grill, automobile and many other sites.

The nests of paper wasps are distinctive. They are formed in an upside-down umbrella fashion, and the open cells can be seen from below. Nests are constructed in protected area, under eaves of structures, in hollowed out holes, or when voids can be accessed through a small entrance. Nests have been reported from exterior lighting fixtures, animal skulls, parking meters, bird boxes, gas grills, automobiles and many other sites. Paper wasps over winter as fertilized queens which begin new colonies each year. They spend the winter in any of a variety of protected areas. Queens will occasionally use a previous year's nest to begin a new colony. The queen deposits a small elongated egg in each cell of a nest, which hatches in a few days. She will collect caterpillars and other insects which are masticated and fed to the developing larvae. After the first brood of Larvae mature, pupate, and emerge as adults of the worker caste; the queen will limit her activity to laying eggs. The workers assume all of the food collecting and nest protection duties. With summertime temperatures and a plentiful food supply, a generation can be completed in 40 days. The European paper wasp has already largely replaced the native species in much of the region. Some reasons for the competitive advantage to P. dominulus over our native paper wasps include: Earlier establishment of colonies in the spring, which allows it a competitive advantage in collection of early season prey. Early nest establishment also avoids some bird predation, and allows the production of early season workers to hunt for prey and protect developing larvae. The habit of using protected nesting sites provides protection from predation. The European paper wasp utilizes small holes and voids to make nests, which are sites the native species does not exploit to the same extent.

Paper wasps prey on insects such as caterpillars, flies and beetle larvae which they feed to larvae. They actively forage during the day and all colony members rest on the nest at night.

wasps attack when the nest is disturbed and each can sting repeatedly; stings typically cause localized pain and swelling, but in sensitive individuals or when many stings occur (as with most arthropod stings) whole body (systemic) effects can occur including allergic reactions that may result in death; males are incapable of stinging because the stinger on the females is a modified egg-laying structure (ovipositor) and it is not present in males.

Protects Your Business And Your Reputation

Our exterminators are skilled, professional, and ethical, and are all trained to address each of your residential pest questions and concerns. We focus on treating the bugs outside of your home, and stopping them before they can get inside, reducing the number of treatments needed inside your home.

Servitix Pest Control provides comprehensive solutions for every pest that invade your business. When you partner with our highly qualified team of licensed pest professionals, we custom fit every commercial pest management solution to your specific business needs to ensure your facility remains pest-free.

It is all part of our 100% Satisfaction Guarantee

Get Your Service Special Today

Get a free no obligation quote from Servitix Pest Control.

Having a Staff Entomologist SERVITIX have a unique insight into the habits of many insects which enables us to develop effective treatment options to keep them away from your property.

Since 2003 Servitix Pest Control has been serving the Metro Atlanta and Vicinity.

At Servitix Pest Control we always show up on time and response within 24 to 72 hr.’s.